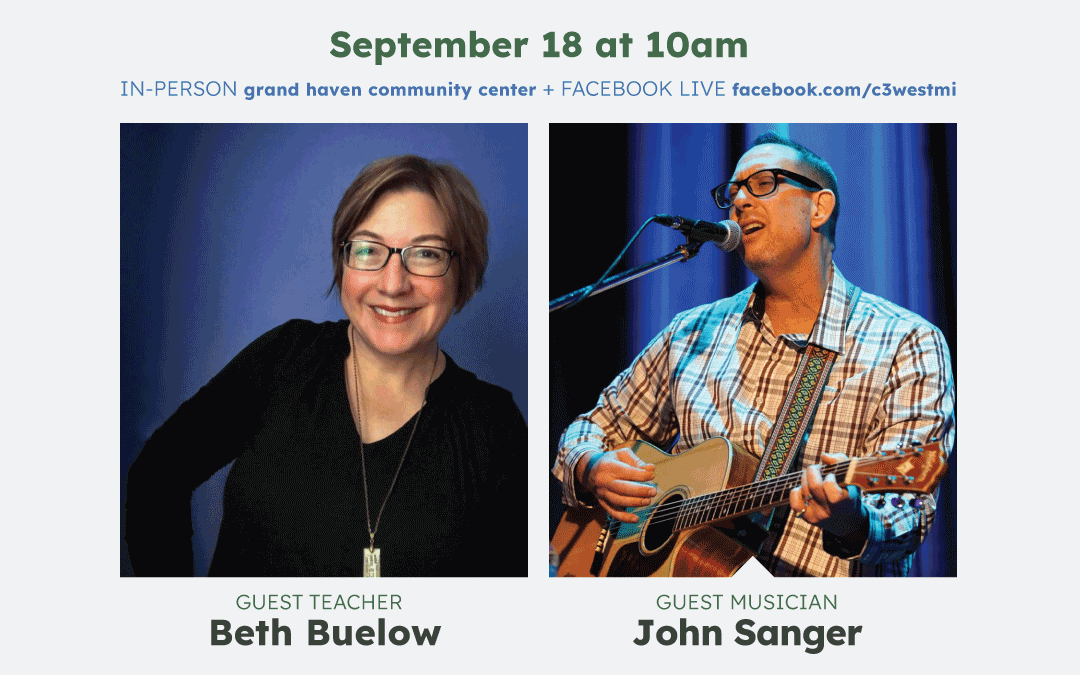 Kent Dobson helps people orient their life to be in deeper relationship with Mystery, the shape of their own soul, and to a meaningful sense of their unique voice in the world.

John Sanger has traveled the country and immersed himself in the experiences life has to offer. During the hard times, John found himself reflecting upon his boyhood affinity for the beauty and wonders of the Great Lakes which soothed the occasional nights of lonely dreams and daily struggles. His last album, The Sanger Family Album, was released in 2019.

What is Truth? Mythos or Logos?

Mythology is not a lie; mythology is poetry, it is metaphorical. It has been well said that mythology is the penultimate truth–penultimate because the ultimate cannot be put into words. It is beyond words. Beyond images, beyond that bounding rim of the Buddhist Wheel of Becoming. Mythology pitches the mind beyond that rim, to what can be known but not told.
— Joseph Campbell, The Power of Myth

Half the people in the world think that the metaphors of their religious traditions, for example, are facts. And the other half contends that they are not facts at all. As a result we have people who consider themselves believers because they accept metaphors as facts, and we have others who classify themselves as atheists because they think religious metaphors are lies.
— Joseph Campbell, Thou Art That: Transforming Religious Metaphor