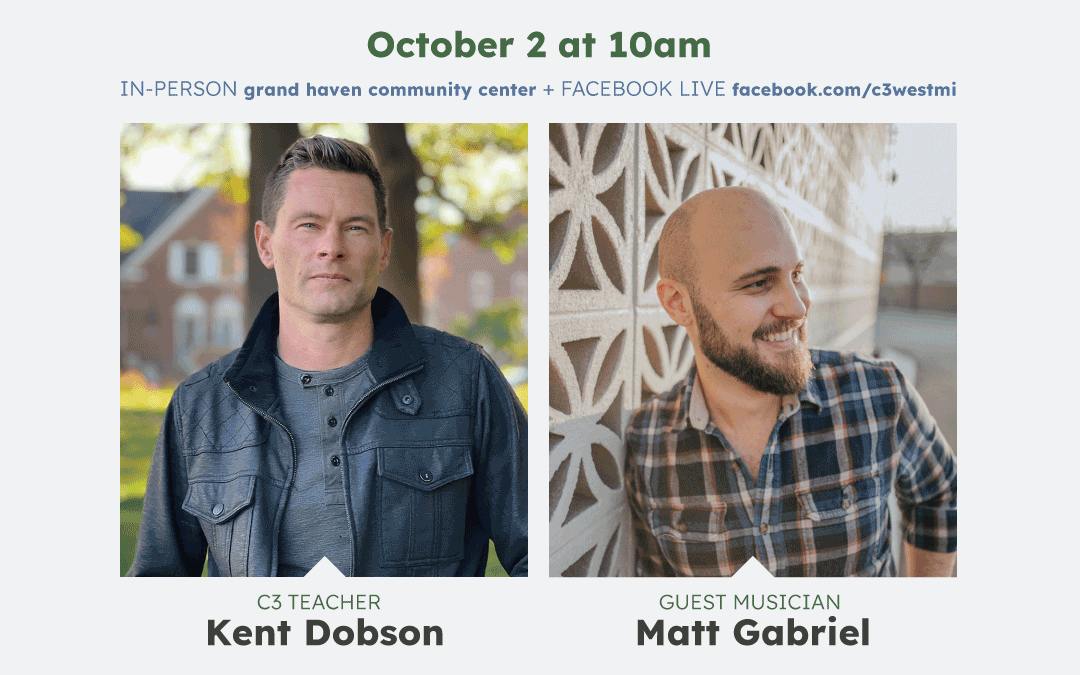 Kent Dobson helps people orient their life to be in deeper relationship with Mystery, the shape of their own soul, and to a meaningful sense of their unique voice in the world.

Matt Gabriel is a singer/songwriter who has spent over a decade writing and performing music around the country–the quality of folk and blues you would expect from an artist who grew up between Chicago and Detroit. He’s got a must-see live show and a very approachable recorded sound. It’s music you can trust and believe in.

What is Truth? Mythos or Logos?

Mythology is not a lie; mythology is poetry, it is metaphorical. It has been well said that mythology is the penultimate truth—penultimate because the ultimate cannot be put into words. It is beyond words. Beyond images, beyond that bounding rim of the Buddhist Wheel of Becoming. Mythology pitches the mind beyond that rim, to what can be known but not told.

—Joseph Campbell, The Power of Myth

Half the people in the world think that the metaphors of their religious traditions, for example, are facts. And the other half contends that they are not facts at all. As a result we have people who consider themselves believers because they accept metaphor as facts, and we have others who classify themselves as atheists because they think religious metaphors are lies.

C3 inspires spiritual, intellectual, and creative exploration and action, led by the questions, ‘What are the biggest challenges we face on our shared journey, and how do we respond to those challenges?’